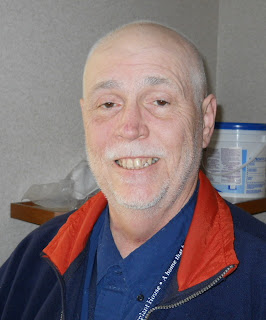 In recent months I learned new definitions for family. As my condition deteriorated and wonderful friends and neighbors drew in close to help us, it became clear that family means more than blood relations, tribes, networks, clans, and the occasional village. I have multiple families, many based on shared experiences rather than toothpaste, bathrooms, and the common cold.

My first experience with "family" outside the McKellar clan, came with my introduction to the Calumet Players, the amateur theater group in Calumet, Michigan which first stole my wife's heart and then mine. With each production I learned more about the core group of actors, directors, and those who labor behind the scenes. I spent large chunks of entire summers working side by side to bring a musical or other play to life. Shared purpose, love of theater, and a drive to succeed brought us together. We don't mean to get on each other's nerves. We don't even mean to become family. We just are.

In the last year, I have discovered many new families, lined up to "face the pyre" of my struggle. Applied to my own blood and relative family -- the image practically glows and the courage sings a song of joy, the song continues in my head, the love I feel for all my families grows daily. Here's to family!

A band of accidental characters,
Arrayed upon a most imperfect stage,
None of us begin the tour as actors,
But sweet ones, and the nuts improve with age.
The old script is constantly re-written;
Directors come and go as time permits.
Someone's always claiming they've been bitten,
And drama queens roll on without limits.
We balance love's oil, which eases friction,
Against the swift cement of trial by fire;
Yet we all rebel against restriction,
And move as one to stand and face the pyre!
When unified brings harmony to birth,
A happy one is heaven come to Earth.