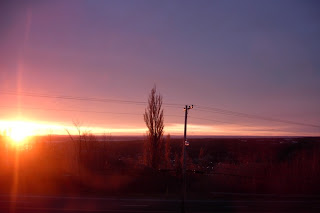 I was digging through my ancient files today, looking for an old program, and I happened across an even older e-mail I printed out in 1992. I had posted a quick poem for some friends about the new concept of electronic mail, and what might happen when love letters entered the Web fray. An on-line friend posted the poem to a discussion list and it was circulated as “A sorrowful ditty by one of our local e-poets.”

It does point out the dangers of communicating using the undependable resources of new Web server technology during its infancy. It also points out the dangers of romance on the cutting edge of technology. It’s a look back through 17-plus years of history to a time before browsers, when ASCII art was king, and I wrote nearly all my e-mail and documents on a dumb terminal linked to a university mainframe.

I lost my one and only love,
When writing went on-line.
I simply mailed my love to her,
And she replied to mine.

Passion flamed on terminals,
And hearts were linked by wire.
Emotions, raw, were keyed, white-hot,
And set the Net on fire.

Alas, our correspondence died,
A victim of travail.
Although she thinks I cut her off,
Her server nuked my mail! 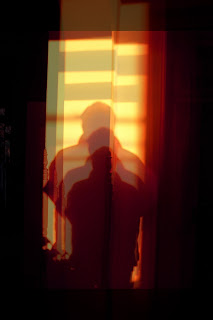 Rage is defined as violent, explosive anger, with furious intensity, as of a storm or disease. Despite the fury inherent in the meaning of rage, we often use the word to describe acts of simple anger and unthinking cruelty. I dreamt about rage last night, about the terrible tempest inside us, when the crimson tide rises and our darkest urges are unleashed. What happens inside, and how do we ever regain control?

The images racing through my dreamscape startled me awake in the cool darkness of our bedroom and I lay awake, pondering the rampaging storm that filled my mind. Although I have never acted upon such an impulse, I have witnessed the aftermath of unfettered rage, and seen the dark storm in the eyes of another. And I wonder, what might it take to unleash the crimson tide within me? God grant I never discover it.

The torn sky weeps its blood upon the lands.
Blinded, fury pleads with wild raised hands.
Tears stream hot on flushed and bloody cheeks,
To gasp and groan, upon a tide that reeks
Of death and darkness — heaped upon a world
On which a wily serpent lies uncurled.

Wind dancers caper searching for redoubt,
Adrift on loathsome drafts the tide spills out,
Keen a sharp and bright demand for aid.
One by one their brief lives are unmade,
As swiftly comes a deadly, angry shark,
That breaks itself upon a looming ark.

Glowering, the serpent spies the craft,
Strikes to rend and break it fore to aft;
Yet eyes, unsleeping spy the darting worm,
And turn the ark to slide into the storm.
The serpent misses, falls into the tide,
And flounders as its target turns to hide.

Though crimson darkness seeks to hold its prey,
The wily serpent swiftly breaks away,
And satisfies its hunger for the ark,
By feasting on the still and broken shark.
It, slow and sated, crawls back on the world —
To sleep and wait, dark, silent, and uncurled.

The ark, careening through the crimson gale,
Screams as bones and tendons nearly fail.
Straining mightily, the craft at last breaks free,
Onto a calm and sunlit, silent sea.
There to rest and whisper once, "Amen."
Until the crimson rage erupts again.

No Home in Success

Odd isn't it, that so many who contend with life's vicissitudes and challenges, somehow manage to be both depressed and arrogant? I was very recently reminded that defensive pride can lead to chagrin and that proverbial egg on the face feeling.

Perhaps it is merely a natural reaction to rejection and loss, that the inner eye loses perspective and one builds an overblown image of self. Perhaps the redoubt of arrogance is a natural defense, and like the body's histamine reaction defense against irritants and allergies, it is not only effective, but also nasty, painful, and messy.

Small successes should build confidence and self-image, yet unwarranted pride and arrogance simply have no place in that picture. Their home remains on the pages of one's journal, to cast their glimmer between the lines of one's memoirs.

No Home in Success

The wheel of life takes you for a spin,
Testing you in word and deed.
Challenges offer a chance to win,
Yet nothing is guaranteed.
Sometimes the brass ring is reachable,
Most times it's out of your reach:
Life's lessons become most teachable,
When life has something to teach.
Winning and learning are not the same,
Though many never see why
They can't always win at ev'ry game:
Viewed with a self-centered eye.
Arrogance born of adversity,
Is arrogance, nonetheless;
Despite travail and catastrophe,
Pride has no home in success.