A pile of rags in a concrete river,
Moved just a little to follow the sun.
It’s owner did little more than shiver,
Barely aware that the day had begun.

Her clawlike hand grasped the grocery cart,
Her worldly possessions were lodged within.
Slowly she rose and prepared to depart,
Her long, lonely day about to begin.

Too late to hide when she heard the voices,
Of bullies who preyed on the old and weak.
As this left her with limited choices,
She resolved, if approached, she would not speak.

Too soon, five young toughs sauntered into view,
Swaggering, cursing, and looking for prey.
She stood stock still and hoped they would pass through,
But they saw her and attacked straight away.

As wind blows a pile of raked leaves around,
And scatters them over an autumn yard,
They swept her, near weightless, across the ground,
And threw her down onto the concrete, hard.

The last thing she heard as darkness rolled in,
Was her cart being broken and destroyed.
Though a wave of pain soon made her head spin,
She just felt violated and annoyed.

She tried to sit up, but found she could not,
Part of her was broken, down deep inside.
Exposed to the wind in this open spot,
Many stronger than she succumbed and died.

A pleasant voice called her little mother,
And strong arms carried her out of the gale.
He said they’d get to know one another,
As he sought to give aid in her travail.

He looked almost as disheveled as she,
And looked as substantial as fog or mist,
As he built a fire that burned brilliantly,
With a sleepy warmth she could not resist.

He sang to her such a beautiful song,
Her soul felt as free as a bird in flight.
Her pain disappeared and it wasn’t long,
Till she flew away toward the golden light.

Anyone who saw The Minstrel that day,
Saw tearful eyes as he faded away.

On earth, hell is being totally alone.

A friend that I thought I knew very well,
Dropped by for coffee and a friendly chat.
He had a remarkable tale to tell,
And winced as he took off his coat and hat.

I saw this, and asked if he was in pain,
He nodded, but said that it was OK.
He was healed, but a few twinges remain,
Then smiled and said he felt better each day.

Two weeks before, his ancient car had crashed,
On a country road long after midnight.
Thrown clear, he was hurt, and his phone was trashed,
No way to call...and no help was in sight.

A chilly night, it was getting colder,
So he tried to crawl over to his car,
When a strong hand grasped his unhurt shoulder,
And helped him to move, though not very far.

Though his rescuer might have been a ghost,
In the dark, it was difficult to tell.
As he grinned and started to thank his host,
The fellow dashed off, a ghostly gazelle.

Back in a blink with an armload of wood,
He quickly kindled a compact campfire.
My friend said the warmth felt extremely good,
Though the flames reminded him of foxfire.

He saw the man in the flickering light,
So ragged and tattered, and comforting.
A minstrel, he stayed with him through the night,
With stories to tell and with songs to sing.

My friend drifted off as the dawn drew near,
A farmer who found him summoned relief.
No sign of a fire, no ashes or sear,
Nor of the minstrel, to his disbelief.

I gazed at my friend with bright, smiling eyes,
His story supported others I knew.
I nodded and laughed, and to his surprise,
Told him I thought that his story was true.

His life enchanted like those who survive,
And because of The Minstrel are alive.

Sometimes, when we are in great need, help comes in forms most unlooked-for.

I was sitting close to a roaring fire,
Shivering, for the night had grown colder.
With dreamy eyes I just gazed at the pyre,
Then felt The Minstrel’s touch on my shoulder.

He softly asked if he could share my blaze,
For the frigid air had frozen his bones.
He said that he had not been warm for days,
He’d traveled until his feet felt like stones.

We sat in silence for several hours,
His eyes were hooded, his face was a mask.
We faced each other, two great stone towers,
Bursting with questions, but afraid to ask.

Relenting at last, he beamed a great smile,
And he laughed as a burning brand crashed down.
Its sparks hanging in the air for awhile,
As he watched, his smile turned into a frown.

He said that the flames and embers tell tales,
Emblazoning stories on willing eyes.
That futures could balance on fiery scales,
And that elements would rarely tell lies.

He said if I watched and opened my mind,
I might see a story or two in time.
He remained uncertain what I might find,
Whether frightening, or perhaps, sublime.

Then he told me stories until moonrise;
I stared at the fire as his voice droned on,
Till the moonlight shone in my tired eyes,
And I realized The Minstrel was gone.

And yet, I don’t know if I heard his voice,
Or the stories came from flame and ember.
I still watch and listen to fires, by choice,
To learn tales that I try to remember.

I remember telling stories around campfires when I was younger. I wonder, did we all hear the same stories?

A minstrel so ragged and deathly pale,
He was scarcely visible in daylight,
Sang an unearthly and terrible tale,
Of heroes who fought the fell Prince of Night.

‘Twas the youth of our world fought in that war,
When the world itself was not long from birth,
And light and darkness were battling for
The right to dominate all of the Earth.

The Legions of Light stood proudly and shone,
With the gold and silver of moon and sun,
Their lances, an ebony forest grown,
And their golden voices sang out as one.

Their bright golden swords rent the air like flame.
The light of their eyes beamed silvery bright.
A river of fire their chargers became,
As they swept the sky setting all alight.

Yet, the darkness thirsted for light of day,
And welcomed the fire to its bosom, black;
To help drive its unending chill away,
And illuminate its one greatest lack:

With no light, the Prince of Night could not see,
His subjects or the wondrous things he made;
And the Legion of Light had to agree,
That bright light's oppressive when there's no shade.

They forged an agreement to end the fight:
The dark Prince gave shadows to cool the day,
The Legion gave distant, diamond starlight,
And since then they have shared every day.

The old minstrel stroked his scruffy gray beard,
Flashed a smile, then winked, and he disappeared.

Have you met The Minstrel? His tunes tell tales of heroes, villains, and just plain folk; from the smallest act of pure love to the mightiest powers moving the universe. He is both witness and bard, for he was there…

On the gravel bed of a railroad yard,
A mist rose in tatters on frosty air,
And capturing starlight cold, bright, and hard,
Drifted on soft bits of breeze, barely there.
Echoes of footfalls long absent then stirred,
The attention of memories, asleep
Since last the steps of the living were heard;
Their passing recorded both strong and deep.
For the soles of souls caressed with their feet,
The sweet willing earth that welcomed their touch,
Straining with every atom to greet,
The beings who altered its form so much.
We can’t walk unheard, nor can pass unfelt;
Not even beyond where humans have dwelt.

Our footprints are on the moon, our tire treads on Mars, both moons and planets bear our scars. 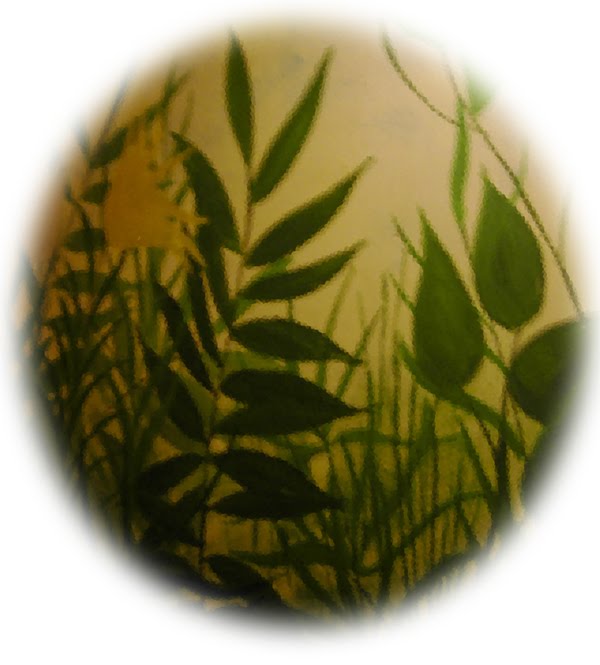 Dream Job
I’ll softly caress the face of despair,
And boldly gather an armload of light,
So when my heart sings hymns celestial fair,
My dreams will walk on borders of the night.
I’ll taunt a great storm with a mocking grin,
And gather wind to fill an empty heart,
So when my soul writes symphonies within,
My dreams dance gaily so nightmares depart.
I’ll chase the shouting wind through endless skies,
And gather starlight sparkling with my tears,
So when my mind paints pictures for your eyes,
My dreams will cry to you across the years.
But don’t worry, when they try to reach you,
I’ll be mowing lawns at Machu Picchu.

Have you ever tried to make sense of your dreams? I quit trying and just enjoy the travel. I was looking at an aerial photo of Machu Picchu the other day and noticed wonderful patches of green lawns among the ruins. I wondered: Who mows those lawns?

Query Errant
Far from the delicate forget-me-nots,
Lining golden paths Elysium bound,
A bold knight errant, on his charger trots
Toward twilight, where timeless shadows are found.
His argent shield from moonlight is crafted,
His sword, from the golden light of the sun.
His silver spear point on oak is grafted;
His shield from diamonds and starlight is spun.
With purpose invincible, forth he rides,
With armor of adamant he is blessed.
He’ll seek the deep pool where knowledge abides,
Until resolute, he completes his quest,
And armorless, he can ride unconfined,
Through the rugged, wild places of my mind.

Sometimes, when I’m searching for something I used to know, it feels like the quest for the Holy Grail… 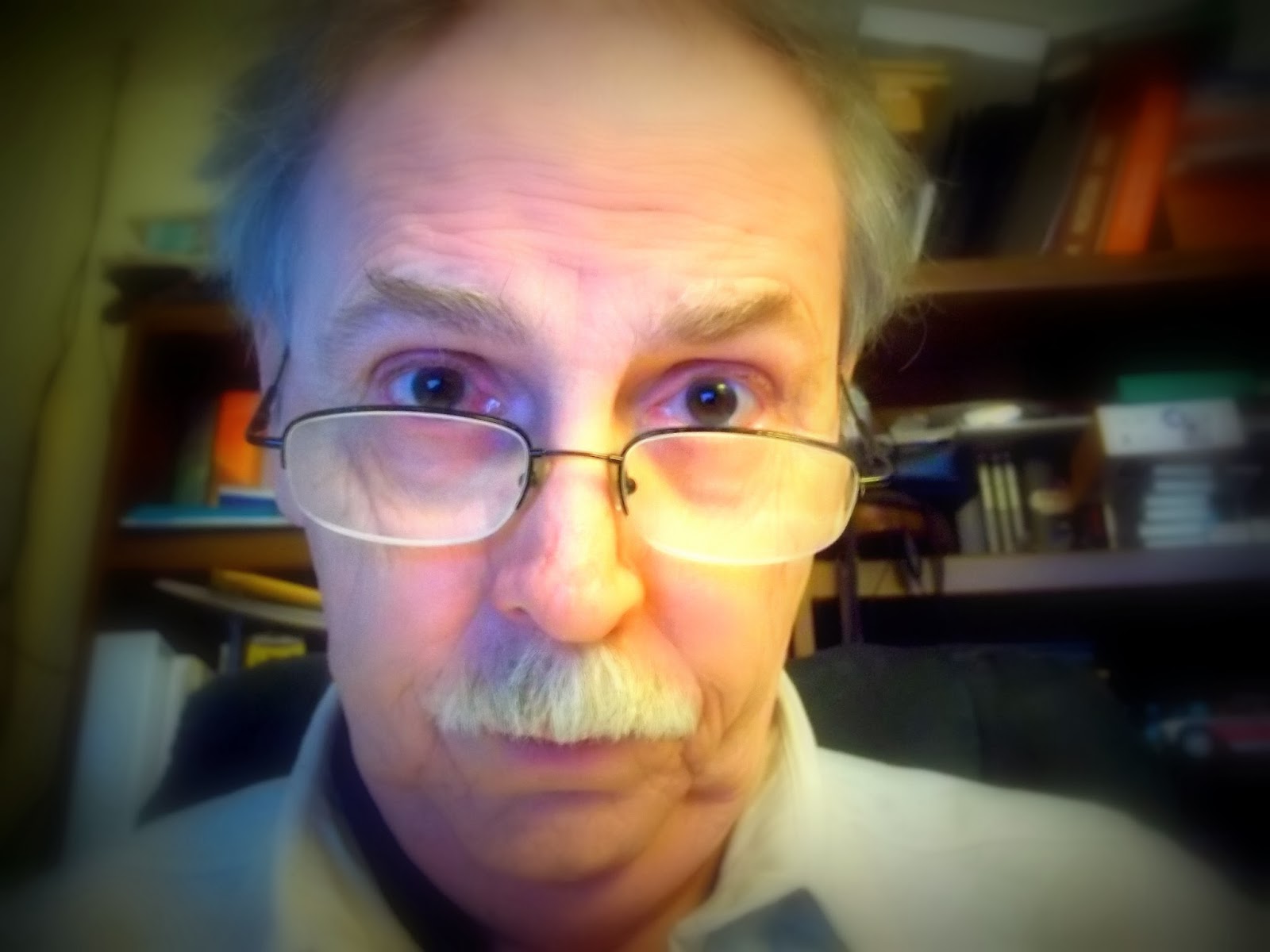 Words in my pocket are torn from my soul,
Yet seem to spring freely from fertile mind.
They’re not dark shadows, my poet’s parole,
But simply the best my old brain can find.
I seek not to tinker with complex forms,
Nor do I offer mere prattle or boast;
I gather oblique views of daily norms,
To serve with life’s wine and offer a toast.
I toast to the images words can craft,
To stories in amber of complex rhyme,
That live when a reader has cried or laughed:
A legacy beyond distance or time.
My peculiar poems have just one goal:
To lighten a spirit or soothe a soul.

In initial form, most of my poems are Shakespearean (aka, English) sonnets. This alone puts me outside today’s norm, which fortunately for me -- is exactly where I live. Occasionally, I use an archaic form or unusual word, but only to gain a definite shade of meaning. Age and heavy doses of chemotherapy have robbed me of easy access to most of these words and forms. Yet, if you peer into the dark corner of your bookshelf, where your dictionary or thesaurus resides, you might catch a glimpse of me -- smiling back at you.