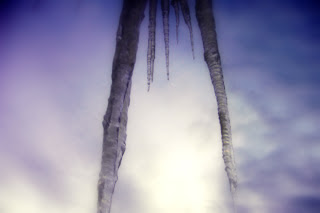 It seems a lifetime ago I managed the benefits programs for Michigan Technological University. When I started there, the department was known as Employee Relations. The name had a friendly, personal tone that made one part of a relationship with employees - people. During my tenure there, the department came under new management, and with it came a name change to Human Resources. I fought against this name change, because it sounded impersonal and seemed to reduce employees from people to resources - essentially, numbers in a spreadsheet.

When people become resources, it facilitates the use of all those pretty equations MBAs learned in business college, and it makes it possible to analyze, prioritize, and finalize numbers to optimize, downsize, and right-size an organization by remote control...from the sterile and protected world of resource management. Enter the numbers into the spreadsheet, hit the Enter button, and Exit the world of employee relations.

Numbers, however, can lie -- just as pictures can lie -- lies of omission. It is simply not possible at our level of knowledge - of either technology or humanity - to distill all that a person brings to a job, to an organization, into a number. Organizations are living things, and the people who work there are organs - living parts of a living organization. Would you suggest scheduling surgery on a patient, based only on what one can glean from a spreadsheet? I would not. Yet organizations undergo radical employee-ectomies every day, often solely to balance a number on a spreadsheet. Think about it.

High on the mountain, the air's pretty thin -
The view is great, but everything's small.
The tiny people are pawns, spent to win,
And they hardly seem to matter at all.
That's why the HR Conversion takes place,
And people become human resources -
Just simple numbers that don't have a face,
A voice, a vote, or any recourses.
When tough decisions must be quickly made,
It becomes easier just to define
Them as just moves in a game to be played:
A game to be won at the bottom line.
But it's not a battle on a board game,
And to treat it as such would be a shame.