Whispers in the Storm 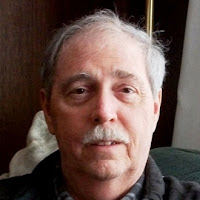 I wrote the last verse of this poem as a response on Facebook, trying to make a point -- and I think I missed the target. The quatrain arrived with no back story, all point and no fletch. Divining the meaning involved a stretch exceeding my grasp as a writer.

It is meant as solace for those battered by innuendo, false witness, and lies -- no longer whispers in the darkness, but trumpet blares in sound bytes, poison postings on social media, and unexplained, sensationalized smoke and mirror photos and video bytes. It is meant for those who fear to speak with conviction on any topic for fear that their words will be excised with skill, edited with malice, and exhibited with sensational intent. Perhaps Launcelot in The Merchant of Venice was right, and "...truth will out." Yet screaming at a wall of noise is futile and tiring. Eventually, silence returns, at least momentarily, and it is then that a well placed and articulate whisper, the softest intonation of the truth, may be heard with the power of conviction and the ring of truth.

Kudos to the screenwriters for the movie, The Interpreter, in which a character, Zuwanie, reads the following dedication from his book: "The gunfire around us makes it hard to hear. But the human voice is different from other sounds. It can be heard over noises that bury everything else. Even when it's not shouting. Even when it's just a whisper. Even the lowest whisper can be heard -- over armies... when it's telling the truth."

If there is any wisdom in waiting, it resides in the silence when a bombast takes a breath.

Whispers in the Storm

Though booming firebrands hold sway,
On stages all across the land;
Though strident wordsmiths have their say,
In searing tirades, cast in sand;
Though dark invective shadows cast,
On smoke where nothing ever burned;
The purity of truth will last
Beyond the storm, where trust is earned.

The loudest voice will soon grow hoarse.
The pedant hoist his own petard.
The winds reveal the smoke's dark source;
And patience seems its own reward.
Yet, steps beyond such raucous strife,
The stalwart enter maelstrom's eye,
With naught but truth, a battered life,
And whispered words to slay a lie.

Do not despair you won't be heard,
Despite their shouts, that cause ear pains.
For clear as dawning's first songbird,
In silence, ah! Your whisper reigns.